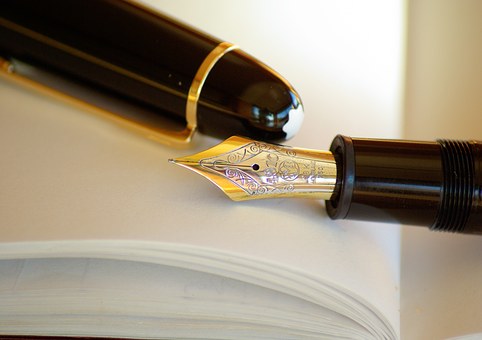 There are two beginnings to this tale but perhaps I should allow Marc Chagall and Isaac Bashevis Singer first words. Fabulists of phrase and image, surely they have earned that right.

Every writer must have an address, said Isaac Bashevis Singer .

I often find myself wondering what my fate might have been had my parents’ addresses or birthplaces been different, or had one or both of them been able to paint or write. With different provenance, their destination might not have been Auschwitz. In which case they would never have met and I would never have been born.

I have little time for theories of synchronicity but cannot ignore the synchronous conjunction of both Jewish artists having been whisked from home, out of Europe, just in time to survive the Thousand Year Reich. The two of them roamed America freely, safely, their utterances about birthplaces and addresses now eclipsed by reality.

My parents roamed too, from ghetto to camps of the concentration and labour variety, which last bore witness to their nascent romance. Only there, in the mad, moonstruck risks they took, did it have a chance to flower.

The second beginning is this:

Almost 30 years ago, Mary-Claire King locates the region on the genome eventually known as the BRCA1 gene. Later it is discovered that BRCA1 is many times more likely to appear in female Ashkenazi Jews than the general female population. Finally there is an explanation for breast cancer in Jewish women manifesting in such heroic numbers.

Additional, less definitive, research, suggests a predisposition to the bipolar condition might be another windfall specific to Central or Eastern European Jews. There, over the centuries, this imperfect cluster of souls was forced by its God, rabbis and ghettoisation to intramarry, making both these infirmities one generation’s legacy to the next.
So whether you are born with said DNA or not is a numbers game, the luck of the draw, a roll of the dice, the flip of a coin.

It had been a strange few weeks. Last night I dreamt my mother was still there, along with helping me choose an outfit for some elegant occasion. Judith prized all things beautiful, easily sidestepping the gaudy or ostentatious. With unerring sensibility she would find the garment best suited to me, a lifetime in the rag-trade having given her an infallible eye for le vêtement juste.

In her eighties, Judith’s memories plagued her. Parkinson’s and Bipolar ruined her. In the camps she found some water, trickling it through her cousin’s lips but still the girl died. Where she lay there was no mercy for Jew, Roma, or Gay. Now, in her last moments, Judith cried out, reached out, for the hand of my older sister — Vivienne — the one she named after her own mother, the one she thought was her mother when the disorder was rampant.
Vivienne hated her namesake. She could not forgive the grandmother she had never met for risking the lives of her children for a myth, for a God, the curse of the Jews. In the grandmother’s pre-war household the non-Jewish servant had begged her mistress to come to her farmhouse, distant from Budapest, to hide herself and her children there.

I will look after you. They won’t ever find you. I won’t let them. Please, you have always been so good to me.

But the grandmother refused the offer, afraid of the food in the servant’s house: it would not be kosher. So she died. The baby she would not relinquish died with her. Judith survived and for much of her life relived the anguish of that separation.

After the funeral Vivienne went back home. Three days later she rang, but I had lost my words. All I could do was cry.

Come up and stay awhile.

When I disembarked it was to a different world. The Sydney sun was mild, with none of Melbourne’s punishing 42-degree infernos.

So we walked down, up and over the cliffs from Bronte to Bondi, reaching the Icebergs Pool, emptied out and pumped full of the crisp, clean ocean once a week. The pool lies against the rocks of Bondi Beach and at high tide, the spray and water can throw itself over the pool walls in a rush of gleaming white and blue. Even if you’re swimming in the lane furthest from the edge, the force of the waves can buffet you. For me it rendered the chlorinated experience of Melbourne pools lacklustre, colourless.

Vivienne led me to the beach at Tamarama. We plunged into its cobalt, wave-flung waters. When we dived, it was to come up gasping. We looked at each other in delight and dived again. If only it were possible to preserve the exhilaration of tingling scalp penetrating right through to our brains, cleansing them of sorrow.

Another day I followed Vivienne to Clovelly beach. We wandered through the old, old Waverly cemetery where Henry Lawson — such fine, fierce stories — is buried. We walked down to a channel 100 metres long and perhaps 35 metres wide which had been built from the sea to the beach. On either side of the channel were wide concrete aprons where people spread their towels and waited for the biting heat to force them back into the water. No easy task to reach the darkly chilled waves, it was necessary to negotiate slippery rocks and waving seaweed before taking the almighty plunge.

Bright coral and brighter fish: scarlet, silver and turquoise, gold and purple, flickered against the glass of our goggles. Underwater TV. I knew my sigh beneath the swell would rise to the surface as bubbles. Would the politicians really sacrifice it all? Cash for coal?

Vivienne was older than I was by only two years but she was always protective. Now, wherever we went, she carried the backpack with all the gear, never letting me take it. She insisted I wear enough sunscreen, asked me to remember my sun hat and, when the water was uneven, wanted to guard me by swimming close by.

We are both strong, confident swimmers, but when I realised she was forgoing the pleasures of swimming in the rougher waters just to keep an eye on me, I began to laugh for the first time in awhile, laughter replete with love.

As children in the vastness of the Burwood campus of Mount Scopus College, Vivienne looked after me until she was sure I had found my own friends to play with. She would buy me ice-creams from the tuckshop and I, thoughtless infant, distracted by a ball-game or some other diversion, would run off, only to bump into her at the end of the lunch break, cupping that melted confection in both her hands. It was mine. Vivienne had not, would never have, taken a lick of it

So there we were, motherless in our fifties, playing again in the water and sand. It was one of those times outside time, where the present lost its power and the past rose to greet us in memories suffused with enchantment.

We remembered skiing at Mount Buffalo and Thredbo as teenagers, falling in love with the handsome Austrian ski-instructor. We recalled a trip overseas which had ended in Hawaii with our father smashing a coconut against a sharp rock to break it open and show his glamorous, bikini-clad wife and two of us the mysteries of clear milk and sweet white flesh contained within its rough casing.

Going home was hard. On the way to the airport Vivienne said she was not well. I had discovered long ago that screaming into the universe’s void solved nothing so I held her awhile at goodbye and all the way home thought of the two of us playing — a long time ago and yesterday — on beaches whose hot white sands scorched the soles of our feet, making us dance towards the reprieve of the water.

Where is she? my father would ask — Vivienne had died at fifty-eight — but I never told him. The truth would set no one free. He would only sob, broken, and a moment later forget, to sob and break again the next time I answered.

Vivienne had eyes green as the scattered light of oceans. Gentle, temperate, yet mind ablaze with the flame of science, the percussion of numbers. I recalled her alive inside the havoc of the sunlit Bondi waves she loved, her arms thrusting, steady. Arms that had always held me when I was afraid.

There is only one ending to this tale so I need not concede either first or last words to our artistic (artful)? visionaries. We speak together yet antimony separates us.
My fingers hesitate over the keyboard.
‘Not antimony, it’s antinomy,’ I hear Vivienne say. ‘You’re having a dyslexic moment.’
She sends me to the dictionary where I learn — but am somehow unable to retain — that the former is toxic, a brittle, lustrous, metallic element, whereas the latter is a situation where people have come to the same conclusion but are still in opposition. In that condition, Meir Sternberg, scholar of all things biblical, might have said, they are condemned to endure readings of life that are coexistent yet mutually incompatible.
In the end, I find I don’t much care. Both words, it seems, contain an inherent toxicity. Accepting that, I am able to conclude without reservation that the utterances of the painter and the writer are lies. The ordinary, non-painting, non-writing survivors are fragmented by their wanderings; by what they have been obliged to witness without art’s veneer. Conversely, what kept both creatives alive — and creating masterpieces — throughout the whirlwind of blood and tragedy was precisely that they had been able to abandon the addresses of their birthplaces.
Now I wish we could all stand in the same room, our family facing that retreating painter, that fleeing writer, whose wanderings had nothing to do with forced marches, beatings and terror.

From another of his many tales I know my father, in his youth, delved into the intricacies and mysteries of Torah. He tells me how his rabbi would thump the lectern:
‘We’re Jews so we wander. Our first place of wandering was the desert. It forged us. Any time we stayed too long at the same address it did not go well for us. Ours has always been — must always be — a journey without end.’

It makes me bitter, the bleak inevitability of it, and it galls me, the artists’ insistence on the imperative of place. I think my father and his rabbi could have taught them a thing or two.
In the Talmud (those mediaeval tracts of Jewish law), it is written that God once laughed at His scholars, delighted at the irony of their having bested Him in argument. So one day, diving deep into those roiling Bondi waves in memory of my sister, I tell Him that my survivor parents, as well as my sister ripped untimely, would still and always have believed that it was better to be born and live, albeit briefly or inside tragedy, than never to have been born at all.

Regardless of where.
Regardless.

‘In the dark night of my soul, I understand.’

I know I am quoting the words of St. John of the Cross and I hope my Jewish God won’t mind. But blind and cold beneath the tide I think I hear Him laughing. He has always been irony’s disciple.