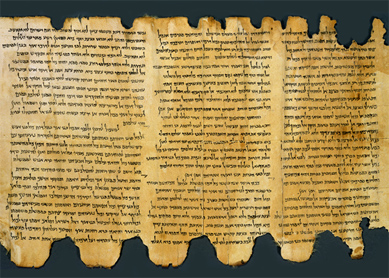 Jews of my age called ourselves the second generation. Our parents, Holocaust survivors, were the first. It was as though 1945 became Year 1 for them. Everything thereafter would occur in the alien and unfamiliar time and space of Australia. But even though this was so distant from all they had experienced in the ghettos and the camps, they still decided that they had to cocoon their children from the outside world. How else could they keep them safe? It was an idea born of panic and dread.
So Jewish kindergartens were built, followed by the monolith of Mount Scopus Memorial College, the largest Jewish day school in the southern hemisphere. ‘Memorial’ referred to the memory of those who perished. There would never be any escaping it. Then there were the Jewish youth movements; Jewish holiday camps; Jewish chapters of Girl Guides and Boy Scouts. From the time we entered the system, it was possible for the second generation to reach the age of eighteen without ever having had a conversation with a non-Jew. And because Mount Scopus was so far from the CBD, the school board organised a fleet of buses to pick up and drop off all its students. Thus we never had the public transport experience of mingling with students attending non-Jewish schools. Even at university Jewish social and political organisations continued the sequestering process.
In my final year of high school I began to write, spurred largely by the fear that, if I didn’t, modern civilisation would forget the Holocaust. The fearsome stories of bravery and peril I had grown up with became my foundation narrative; they became the focus of what I thought of as my creativity. Steven Spielberg’s Holocaust project, The Shoah Foundation Testimonies of 1994, were still 15 years away; not that I could ever have envisaged an undertaking comprising 52,000 written and spoken accounts bearing witness to the terror. In the seventies, the possibility of such an enterprise was unthinkable.
So, it was up to me.
The embryo never asks for a birthright; it is decided for her in the womb.
By the time I graduated high school, Christian-themed literature was virtually unknown to me. Certainly we had been taught some Austen, Wilde and the Brontës, but The Merchant of Venice and Oliver Twist were chiefly taught as cautionary tales: (This is how the goyim see us)! thus consigning the Bard as well as a great slab of English literature to Gehinom, the rabbinic rendering of hell.
But now, free at last from the bonds of my eccentric alma mater, I found myself walking the halls of Melbourne University. I admit I was an uncritical reader in those days. With a novice’s enthusiasm I found that almost every work I encountered seemed to speak to some essential part of me. Some of the texts spoke more loudly than others but here’s the thing: in my Great Escape, I was still and always seeking the way home. George Eliot’s Daniel in Daniel Deronda, Dickens’ Riah in Our Mutual Friend, and perhaps, most profoundly, Mordecai Himmelfarb, Holocaust survivor, once an academic but now a migrant factory worker in Patrick White’s Riders in the Chariot—all of them danced with a kind of dark incandescence in my imagination long after I was done reading them. They became my inspiration. Theirs was the literature I wanted to emulate; and still I was blind to the direction in which my upbringing, my schooling and my reading were beginning to define what I would write.
It is not so strange then that an idea, long time brewing, came to a head. I would write a novel with a private eye at its centre. Female and Jewish she would trek the desert, be profoundly neurotic but she would also become an expert in hand-to-hand and small-arms combat. And she would kill herself some of those Nazis who had entered Australia illegally and were now hiding in the Outback.
How many times have I wished that I might have been there to defend and protect my parents when the unimaginable was happening? But in the absence of having been able to do that I gave them my novel, my fiction, my hero-alter-ego. It was the best I could do. But at a book signing one afternoon, I saw the publisher’s pile of books on the table in front of me. My eyes watered with not-quite-tears and, through the glimmer, the books seemed to take on the appearance of gravestones. They gleamed under the halogen lamps and I knew at once that they stood for those who had been gassed, burned or shot—never buried.
It took me awhile to understand why the hard-boiled heroes had been so compelling. Oddly enough, flicking through an old Norton Anthology one afternoon, a few lines by Yeats from a poem I had long-forgotten gave me the answer.

Turning and turning in the widening gyre
The falcon cannot hear the falconer;
Things fall apart; the centre cannot hold;
Mere anarchy is loosed upon the world,
The blood-dimmed tide is loosed, and everywhere
The ceremony of innocence is drowned;
The best lack all conviction, while the worst
Are full of passionate intensity.
(The Second Coming, 1919)

So I reasoned: crime writing is genre writing; and it is unwise to break the formula. The tale is generally told in first person, the hero takes centre stage and it is the nature of this private eye, walking alone through the mean streets of New York or Los Angeles, that her moral compass is always pointed towards true good. In the end, right always overturns might, good triumphs over evil, even if that victory comes at great cost.
But the centre holds.
The hero can continue fighting the battles of morality and integrity because in the fictional world of the private detective, she cannot ever lose, neither the battle nor her life. If the centre does not hold, there can be no story.
I realised this was what had made me want to write within that world. In it I could occupy an impregnable place of refuge. My centre would protect me. No one could knock at my door in the middle of the night and haul me into the street, shove me into a train, an oven, or a hole in the ground. And it was vital for me to inhabit that cosmos because, as a child of survivors, I had grown up knowing — and know still — that evil has great power, that all of us are this close to plummeting into the widening gyre where anarchy is loosed, that good people die and the centre rarely holds.
*
Of all the reviled and outlawed texts for students of the Jewish day school system, the New Testament surely came in with the most votes from teachers, parents, and rabbis. So I whispered my request to the university’s librarian and stuffed the tome deep into my backpack before leaving the premises. I had begun to understand that if I did not dare examine its pages, there would be mysteries I would never unravel in the texts I was being asked to analyse. Perhaps I was subliminally hoping for a way I could lead myself into shadowy fairy-tales—theirs, not ours —that might separate me from my native saga.
But it was a tough read, what with Matthew calling the Jews poisonous vipers and Jesus telling his disciples with regard to the Pharisees: “they are blind guides. And if a blind man leads a blind man, both will fall into a pit.”
I was the descendant of Pharisees. And after a repetition of censure for Torah scholars and Pharisees, John said the Jews were descended from the Devil, their father.
By the time I had finished my self-prescribed homework, I was beset by chagrin and frustration. I could change nothing in the pages that had been educating the flocks for aeons. Was that what my teachers had been trying to shield me from? I felt an unexpected longing to hold them close for their naive assumption that if they didn’t teach me something I would never know about it and could never be hurt by it. Even so, I realised, I would one thousand times rather know than not know; at which point I also realised that once a thing is known, it can never again be unknown.